We will are accepting homeownership applications through Jan. 31, 2023 for our 2023 home.

If you, or someone you know is interested we encourage you to do three things: 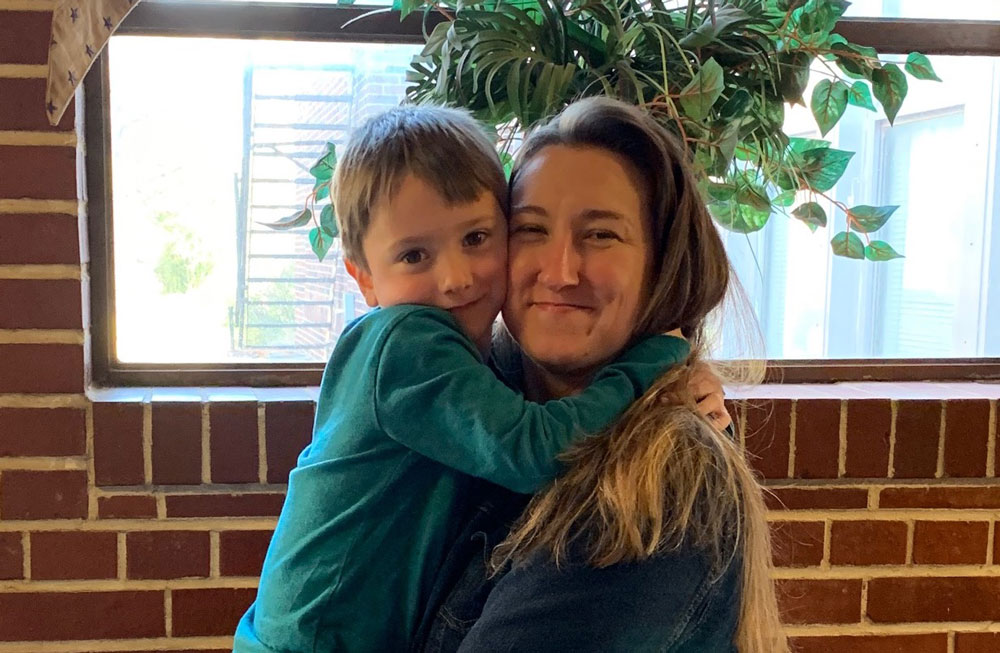 Habitat for Humanity of Harvey County welcomes our newest Habitat homeowner partners, Barbara Merrifield and 5 year-old son Jonah.  Barbara heard about the Habitat program from a friend. She had been wondering for a while whether or not there was any way she could own her own home after years of renting.  Learning about Habitat gave her hope that it might be possible.

Barbara was born in Wichita, grew up in Salina and then Newton – so other than her 3 year term in the Army after graduating from Newton High School in 2005, she’s never strayed far from Kansas.  Her mother passed away in 2007, and since then Barbara rarely sees her extended family. They do have some older close friends that they spend time with.  Being a single parent has been a big challenge.  Barbara works hard to keep their little family on a schedule and maintains healthy boundaries between work, chores and playtime to make it all work.

She has been working for NMC Health for 3 years as an outpatient-inpatient insurance coordinator.  Prior to that she worked for Pine Village in Moundridge, and prior to that she was an in-home care provider for an adult with Downs Syndrome.

Barbara enjoys reading, spending time outdoors with energetic Jonah and occassionally they watch a movie together at home.  Jonah will be starting Kindergarten in the fall.  He loves running, is very curious and is very much a “people person.”  Noting that her email address contains the phrase, “Intentional Trust,” I asked Barbara if she would mind sharing with me the meaning of this for her.  She said it has to do with her daily faith walk, of mindfully remembering that God is in charge and what that means for her and her daily choices.

Please keep Barbara and Jonah in your prayers.  We look forward to getting to know this young family and supporting them as they build their new home.

If you know someone that would be interested in becoming a Habitat for Humanity homeowner, make sure they connect with us here or on Facebook!

To make your RESERVATION and SCHEDULE your pick-up time call 316.416.5717 or email skoontz@bethelks.edu

We NEED your GENEROUS donations in order to build a Habitat home in 2021.

Thank you for supporting Habitat’s vision of a world where everyone has a decent place to live. 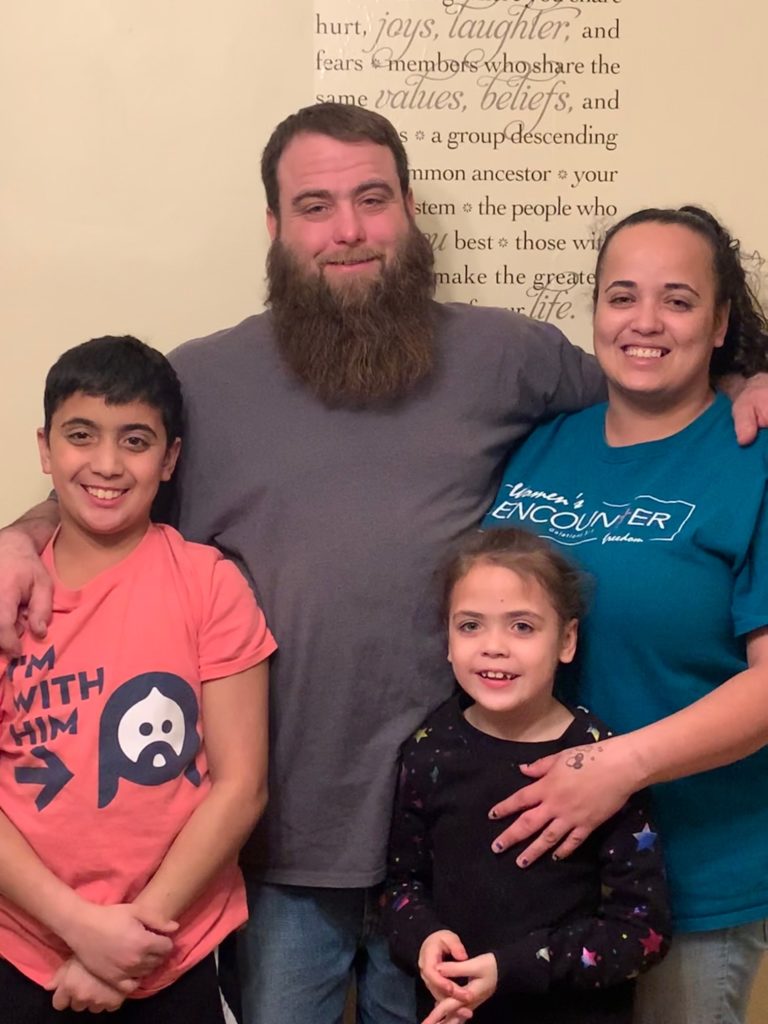 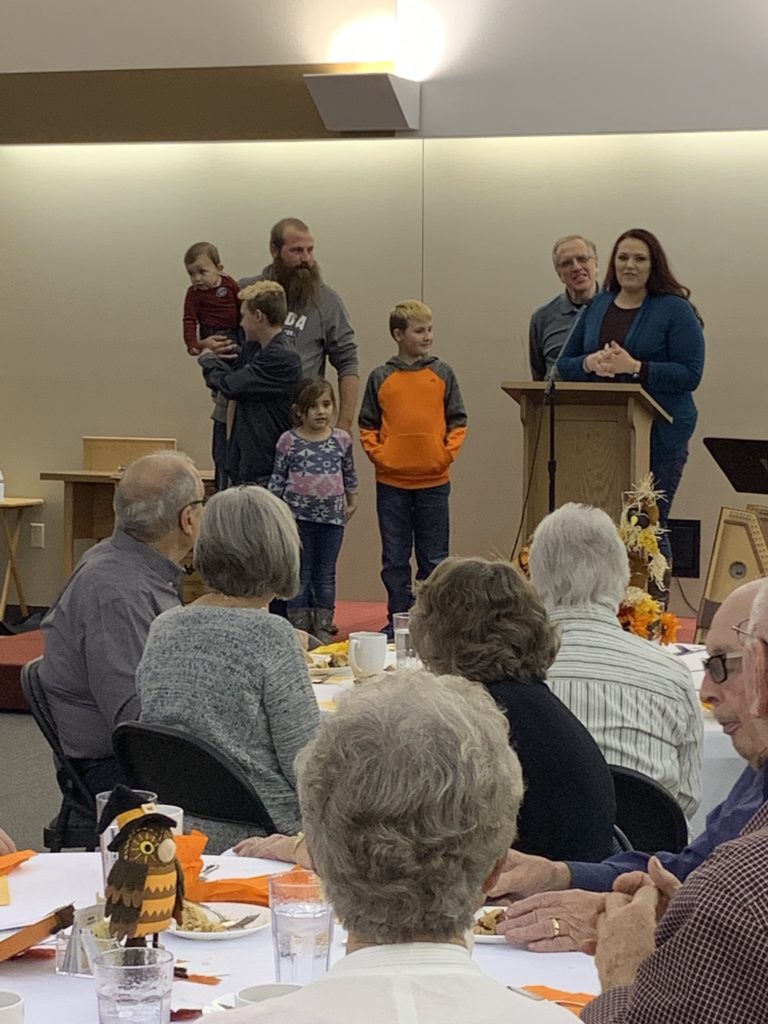 We are grateful for yet another successful fundraiser. On Nov. 21st approximately 200 attendees enjoyed music by Mark & Gail Stucky, a delicious pork chop meal and a live auction moderated by Wade Brubacher. Thanks to our attendees, donors, volunteers and others, we raised approximately $20,000 again this year. We cannot thank you enough. This goes a long way toward building a house every year in Harvey County for a grateful family, like our 2019 family, the Fehr’s pictured here.

If you have not yet joined this most worthy of causes, we hope you will connect with us, and we’ll find a place to put you to work. You’ll be glad you did.

There will be a Newton Chamber of Commerce Ribbon Cutting at our newest home, 408 E. 5th, on Wednesday, Nov. 6th at 4:00pm. The following Sunday, Nov. 10 at 4:00pm will be the Home Dedication. The public is invited.

We are accepting homeowner loan applications for our 2020 home. To receive an application, please attend a public meeting on Tuesday, Nov. 12, 7:00pm – at the Newton Recreation Center.

Anyone interested in learning more about Harvey County Habitat for Humanity may join us as well.

A Spanish interpreter will be available.

If you cannot attend this meeting, and you feel you meet the basic qualifications found on our “Do I Qualify” page – please call 620-869-5124 and an application can be delivered to you. All completed applications MUST be returned by Nov. 30, 2019. No late applications will be accepted.

Our Annual Fundraiser is scheduled for Thursday, Nov. 21 at 6:30pm. This enjoyable, by-donation event includes a delicious pork chop dinner, music by Gail & Mark Stucky, and a live auction! We hope you can join us. Free tickets are available from your favorite Harvey County Habitat for Humanity Board member, or call Michele at 620-869-5124 to reserve yours today.

We can use around 25 volunteers on Saturday, May 4, for building walls and erecting. We need experienced carpenters as well as persons who can assist by carrying material and help with lifting. Appropriate clothing for these jobs is recommended. Bring gloves, hammer, tape measure, pencil, nail pouch, etc. We will find tasks for all who come. I will be calling for skilled lead persons to direct certain tasks.

Also, at 10:00am on the 4th we will have a formal groundbreaking ceremony. Even if you can’t come to work, we hope you’ll join us for this special time of celebration!

On Saturday, May 18, we could use about 10-12 individuals for more carpentry tasks. Work on both dates will commence at 8:00 am and conclude about 2:00 or 3:00 pm, depending on how many volunteers participate. 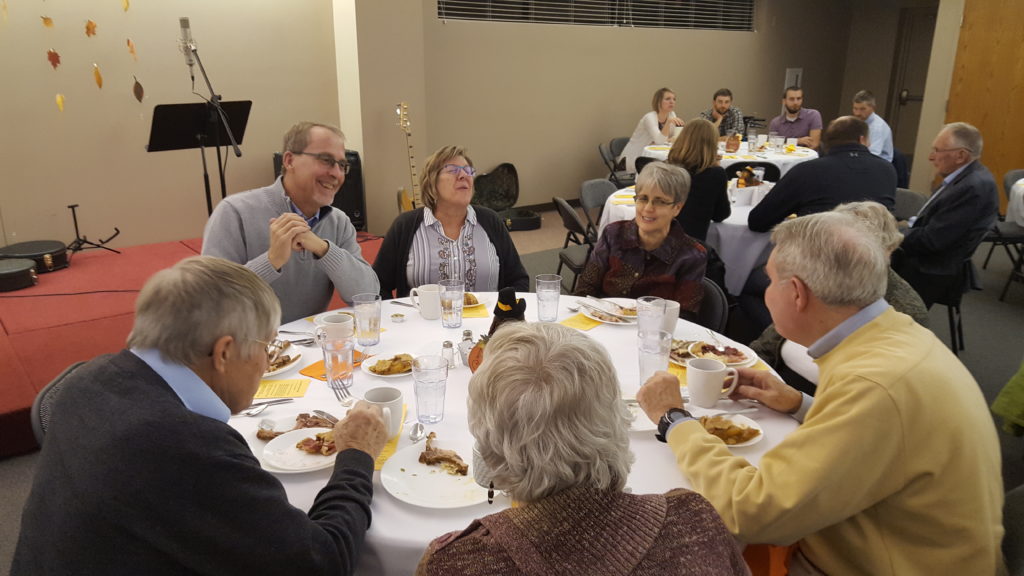 Our 2018 Fundraiser was the best one yet! Thank you to the generosity of our attendee’s and auction item donors, we raised over $20,000. We had some fun along the way too. Please put a reminder on your calendar for November 2019, so you too can join the fun. Exact date to be determined, but it is generally held on the 3rd Thursday.  Stay tuned…

Our annual fundraiser this year features a delicious pork chop meal, music by The Book of Jebb, and a live auction. Contact us to reserve your tickets or notify any Board member. We thank you for your generous support, we couldn’t fulfill our mission without YOU. We look forward to seeing you there!